I’ve been really good this year!^_^ 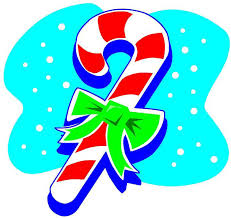 Maybe you can bring me…

Then I could play with all my friends! Thank you in advance! Sincerely, marie

I’ve been really good this year!^_^

If you need suggestions for what to bring me….

Or maybe some Star Trek Fan Collective Sets??
(I only have the Klingon one)

Thanks in advance!
Sincerely, marie

“Thirty-eight percent of all game players are women. In fact, women over the age of 18 represent a significantly
greater portion of the game-playing population (30%) than boys age 17 or younger (23%).”(ESA)But in 2005 this number was 5% higher as 43% of all video gamer players were Women.(ESA 2005 survey)

All this time I thought the numbers were growing. I mean there are all women gamerclans(PMS Clan, Fragdolls), more women in the industry(But doesn’t necessarily mean they play games) and look at all the women on 1up. 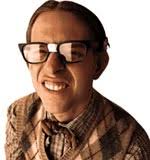 Less women playing games?…Well, there will always be the stereotype:

With the Wii and DS this percentage might just go up again in the year to come. I’m glad I make up that 38% regardless of whether it has dropped from last year.

Speaking of the Wii….I’m still enjoying Zelda! Haven’t put as many hours in it as some of you out there, but plan to once vacation rolls around. That game is so immersive with such amazing music. Using the wiimote and nunchuk to control your sword is awesome! It’s so realistic when you weild that controller like a sword, really takes advantage of the Wiimote’s versatility.

*Negative Wii news..
Saw recent CNN video on” Wii warnings”…
“CNN’s Miles O’Brien reports on some problems Wii gamers might encounter. (December 8)”
He mentions “tone down your body movement..” (in other words limit your flailing haha) and also talks about the Wiimote strap and flying controllers into TVs.

I actually don’t think the wrist strap is necessary. It always gets in the way when I play. As for the flying controllers, I admit that one can get really into games like Wii Boxing and just may thrust that Wiimote accidentally into the TV(I almost did that on several occasions).

In Other News…
XNA Game Studio Express: Launch Event, Dec 11. Check out escaping_burger’s blog for details. This was also announced in my games programming class this morning. A couple of guys will be heading down on Monday, wish I could join them but don’t think I can escape from work to get there on time. 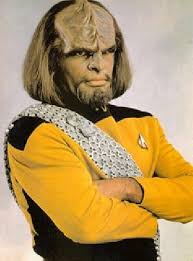 Worf remains one of my most favorite Star Trek characters. I still remember when he appeared in DS9’s season 4 premiere…what a glorious day. Michael Dorn brought his talent to the character of Worf, and that made his character all the more memorable and real.

“At the recent 40th anniversary Star Trek celebration in Las Vegas, Dorn announced that he is celebrating his 30th year in show business this year. “And my mother is still waiting for me to get a job. She still wants me to work at the post office, because ‘they have good benefits’! ”