Rhythm Tengoku and a short story from my weekend…

I know I’ve said before that I’ve always enjoyed playing Ouendan! I got it at an import store last summer and to this very day, I can’t get enough of it. I must play one level, at least once, each day before my lil self is satisfied and can move on to another game to play. Having a few Ouendan songs on my IPOD just reinforces how much I love this game. And many other Rhythm games at that….

At PAX I was able to get a copy of Rhythm Tengoku and it’s just as awesome as I heard. Each level is in itself a mini game, but much longer than a Warioware level. If you are a good listener you can pick up the beat right away, and as a player your job is to press ‘A’ at the correct time keeping with the Rhythm of the music. As soon as I started playing this game I found myself immediately addicted. The first stage involves punching items as they are tossed onto the screen from the side. Timing is everything.

Cash Money all around…except in the hands of those that need it most.

Recently all over the news, I’ve noticed a recent trend…well maybe more like the normal trend…of athletes getting paid millions to play, lucky lotto winners and now even a casual gamer rewarded with a million herself. Our society sure gives out a lot of money…

Which brings me to my Saturday afternoon…. A cloudy, but not at all cold day, perfect for bike riding in that famous park. I unfortunately don’t own my own bike so I rented and off I went for an hr and a half of the most beautiful scenary imaginable. The cool breeze in your face, the clean ocean smell and a break from city life, minus the occassional stop due to 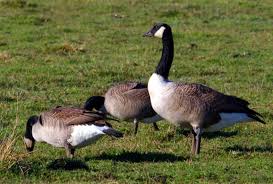 crossing Canadian Geese or Brides and their wedding party(Stanley park had a few of those trying to take some photos against the park’s picturesque backgrounds), it was really worth the $5/hr bike rental.

When we were done we headed back to the bike shop and passed by a parking lot where I noticed a homeless man peering into the back of an open jeep. He was looking around, then back in the jeep. We decided the best thing to do was to let the nearby restaurant know. As we were walking away to the restaurant the man had opened the trunk and started rummaging within it. But just as he did this the manager of the restaurant came out and was already dialing the police. I confirmed with him that the man had been eyeing the jeep for sometime.

Two guys from the restaurant approached the man and stopped him. One of them took a photo of him with his cellphone and the other man, the bigger of the two, grabbed the guys arm and said, “you stay here”.
The homeless man started to struggle, removing his shirt in the process and he started running away. The guys reported to the cops what street he was running down, not bothering to chase him as he didn’t seem to have taken anything. My friend and I offered to chase him down, since we had bikes, but they told us to leave it to the cops, so off we went to the bikeshop to finally return the bikes.

It was clear the homeless man was motivated by the need for money or even something to sell in order to get some money, and he was even willing to steal it if he could. Now, some may think it was the fault of the jeep’s owner, leaving his trunk so accessible. But some may say it is the homeless man at fault, because it was he who committed the crime. Whomever you believe to be at fault, the carelessness of the jeep’s owner or the last resort for the homeless man, I’ve always felt like society has some responsibility to provide more resources for people in these situations and this event just reminds me how far we still are from helping end the rampant homelessness in this city…We have all this money to ‘give away’ but so much more needs to be allocated to programs that provide resources for the homeless. Of course I am aware that there is no one cure for ending homelessness..but that doesn’t mean it has to be ignored.